High rise mixed-use building located in the centre of Nicosia. It is metal clad rectangular prism that sits lightly on a curved glass plinth. The metal facade is made of vertical aluminum panels some solid and others perforated and movable. This design functions as a protective system for the building during the intense heat of the summer and as a way to regulate how light reaches the interior. This interesting game is visible both during the day when the building “closes” to protect itself from the intense sunshine and during the night when the building, in a reverse operation, “opens up” allowing the light from the interior to pass through the skin.

Nice Day adopted this mixed-use approach to urban buildings in some of its most iconic projects of late. In this case, Nice Dream accommodates retail spaces on the first two floors (ground floor and mezzanine), six floors are allocated to offices, one floor to a café and gym and the next six  floors are given to residential spaces. The design responds to contemporary society’s need for buildings operate as a multi-functional cells within the urban organism and maintain an active relation with the city round the clock.

Nice Dream is located at the eastern edge of the Nicosia “Cultural Axis”, a large area that is destined to become the epicenter of life in the city. In this area, many developments are being planned that aspire to actively engage in both the local and the international production of culture. Part of the masterplan’s vision is to connect many of the public buildings in the area with the rest of the city’s attractions which include the Pedieos Linear Park, the Medieval Walls and the Old Town and upcoming buildings including the new archaeological museum  in a way that encourages urban walkability, i.e. people to include walking and cycling in their everyday life. To do that it is planned to integrate in the existing fabric, open public spaces, parks, squares and pedestrian and cycling routes.

Specifically, Nice Dream is situated at the junction of Nikokreontos and Themistokli Dervi, a vibrant street full of life. To the east is a trendy area of the city, with venues that cater to the needs of a young and demanding clientele. To the west, the land gently rises to form St. George Hill where the new House of Parliament is planned to be built. Within walking distance are many landmarks of the new era of Nicosia’s development. To the west is the new State Theatre building, to the north the Leventis Gallery and to the east is the award winning White Walls designed by Jean Nouvel for Nice Day. Also, just a few minutes walk to the north, nearing completion, is the re-developed Eleftheria’s Square designed by Zaha Hadid and further north is the old part of Nicosia that lies within the medieval walls, a bustling area filled with cafes, bars and shops, the preferred playground of a young and multicultural crowd. 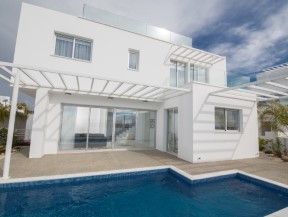 Ayia Napa – A Unique Lifestyle of Tranquillity and Relaxation

Save as PDFThe project offers a unique lifestyle of tranquillity and relaxation. The development is set 104m above sea level in the hills overlooking Ayia Napa. The development consists of [...] 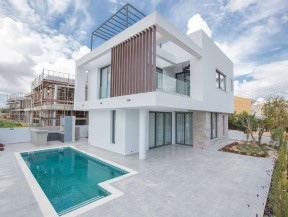 Save as PDFThe exclusive residential Project provides a high-quality lifestyle. Each luxurious property sits within a generous plot that takes full advantage of the Cyprus outdoor lifestyle. Stunning private swimming [...] 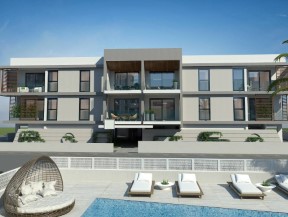 Save as PDFStylish, contemporary, prestigious… Unique in both design and quality, this exclusive residential development is found in the heart of Paralimni, walking distance to the business and commercial center [...] 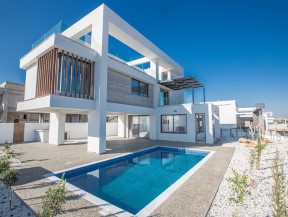 Protaras – Villas Designed with Luxury and Comfort in Mind

Save as PDFThe project will consist of seventy-two, 3 luxurious bedrooms detached villas with private pool and ample space of land. Each property has been thoughtfully designed with luxury and [...]